Window treatments like shades, curtains or shutters all give you control over light, air, temperature and privacy. But curtains and shades aren't for everyone. Curtains can take up too much room, and shades can often be flimsy and difficult to maintain. Shutters are a more permanent solution for homeowners.

When it comes to interior shutters, you have two main choices: traditional or plantation. Plantation shutters have several advantages over traditional shutters.

The louvres of plantation shutters are larger than the louvres of traditional shutters. This makes them ideal for large windows. And larger louvres means that you have more control of how much light you let into your home.

2. More of the outside world

If you have stunning views outside your windows, then plantation shutters are a better choice than traditional shutters. On clear days, you can open up the larger louvres of plantation shutters so that you can enjoy the view outside. The smaller louvres of traditional shutters would impede your view, which makes them a poor choice if your home is surrounded by beautiful scenery.

Plantation shutters are ideal if you want to maximize the light, space and views in your home. But if you want something that offers more privacy, then traditional shutters are right for you. 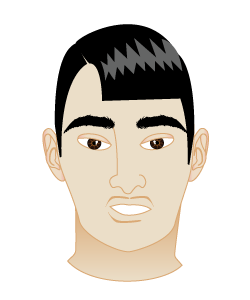 Hello, my name is Rob. I recently decided that my home and my garden needed a makeover. My wife and I had lived on the property for 20 years and we hadn't really done much to the place so it was looking tired and worn. Because I am now 61, I didn't feel that I could carry out any DIY work, so I called in a team of contractors and asked them to lay a new lawn and to repaint the walls and install some new fixed furniture in our home. I am really happy with the results. I hope this blog helps you to carry out work on your home.